Physical activity, athletic performance, and recovery from exercise are enhanced by optimal nutrition.

It is clear that certain nutraceuticals, under certain conditions, do indeed possess ergogenic potential.
Of the nutrients discussed herein, strong evidence exists for leucine, and HMB, carnitine and β-alanine for athletic (strength or endurance) performance.

Manufacturers and sellers of dietary supplements, promote these products, sometimes referred to as “ergogenic aids,” claiming that they improve strength or endurance, increase exercise efficiency, achieve a performance goal more quickly, and increase tolerance for more intense training. Some people also use ergogenic aids to prepare the body for exercise, reduce the chance of injury during training, and enhance recovery from exercise.
A decade ago, the American College of Sports Medicine reported that physical activity, athletic performance, and recovery from exercise are enhanced by optimal nutrition. These organizations recommend appropriate selection of foods and fluids, timing of intake, and supplement choices for optimal health and exercise performance. 2

Skeletal Muscle, the largest organ in the body

Skeletal muscle represents the largest organ in the body, comprising ~40% of whole body mass. Skeletal muscles have a fundamental role in locomotion and whole body metabolism, with muscle mass and quality being linked to improved health and even lifespan. Optimizing nutrition in combination with exercise is considered an established, effective ergogenic practice for athletic performance. Importantly, exercise and nutritional approaches also remain arguably the most effective countermeasure for muscle dysfunction associated with aging and numerous clinical conditions, e.g., cancer cachexia, COPD, and organ failure, via engendering favorable adaptations such as increased muscle mass and oxidative capacity. Therefore, it is important to consider the effects of established and novel effectors of muscle mass, function, and metabolism in relation to nutrition and exercise.
It is clear that certain nutraceuticals, under certain conditions, do indeed possess ergogenic potential. Of the nutrients discussed herein, strong evidence exists for leucine, and HMB, carnitine and β-alanine for athletic (strength or endurance) performance.
Leucine

Leucine, isoleucine and valine, the branched-chain amino acids (BCAA), make up about one-third of muscle protein. Of these, leucine has been the most thoroughly investigated because its oxidation rate is higher than that of isoleucine or valine. Leucine also stimulates protein synthesis in muscle. There are suggestions that the current recommended dietary intake of leucine be increased from 14 mg/kg bodyweight/day to a minimum of 45 mg/kg bodyweight/day for sedentary individuals, and more for those participating in intensive training in order to optimize rates of whole body protein synthesis. Consumption of BCAA (30 to 35% leucine) before or during endurance exercise may prevent or decrease the net rate of protein degradation, may improve both mental and physical performance. 3

High intensity resistance training is essential for athletes seeking to add strength and hypertrophy. However, high intensity resistance training that results in skeletal muscle damage may take a number of days to recover from; in this case, overall training frequency may be reduced. HMB appears to speed recovery from high intensity exercise. HMB may assist athletes in preventing loss of lean body mass in catabolic situations such as caloric restriction. HMB may also be beneficial for augmenting
body composition and physical performance in master’s level athletes, or aging individuals in general. Finally, although research is limited it appears that the supplement may also enhance aerobic performance. According to a study, dietary supplementation of the leucine metabolite beta-hydroxy-beta-methylbutyrate (HMB) 3 g/day to humans undertaking intensive resistance training exercise resulted in an increased deposition of fat-free mass and an accompanying increase in strength.

Given its pivotal role in fatty acid oxidation and energy metabolism, l-carnitine has been investigated as ergogenic aid for enhancing exercise capacity in the healthy athletic population. Early research indicates its beneficial effects on acute physical performance, such as increased maximum oxygen consumption and higher power output. Later studies point to the positive impact of dietary supplementation with l-carnitine on the recovery process after exercise. It is demonstrated that l-carnitine alleviates muscle injury and reduces markers of cellular damage and free radical formation accompanied by attenuation of muscle soreness. The supplementation-based increase in serum and muscle l-carnitine contents is suggested to enhance blood flow and oxygen supply to the muscle tissue via improved endothelial function thereby reducing hypoxia-induced cellular and biochemical disruptions. Studies in older adults further showed that l-carnitine intake can lead to increased muscle mass accompanied by a decrease in body weight and reduced physical and mental fatigue. Based on current animal studies, a role of l-carnitine in the prevention of age-associated muscle protein degradation and regulation of mitochondrial homeostasis is suggested.

evidence indicates that beta-alanine may improve tactical performance; 5) Combining beta-alanine with other single or multi-ingredient supplements may be advantageous when supplementation of beta-alanine is high enough (4–6 g daily) and long enough (minimum 4 weeks); 6) More research is needed to determine the effects of beta-alanine on strength, endurance performance beyond 25 min in duration, and other health-related benefits associated with carnosine.

Pharma Natural Health Sciences is dedicated to the improvement of human health based on scientific research through the application of such research in the nutriceutical products we manufacture. Our Health Sciences team employs a multi-disciplinary approach of applied natural sciences, engineering and technology to our domain, Nutrition, which is the science that interprets the interaction of nutrients and other substances in food in relation to maintenance, growth, reproduction, health and disease in human beings. It includes absorption, assimilation, catabolism, biosynthesis, and excretion.

PNHS is particularly concerned with Under-nutrition, or Inadequate Nutrition, a form of malnutrition resulting from lack of the necessary foods or failure of the body to absorb or assimilate nutrients properly, and Metabolic Syndrome, defined as the presence of at least three of the five following medical conditions: abdominal obesity, high blood pressure, high blood sugar, high serum triglycerides and low high-density lipoprotein (HDL) levels. PNHS is also a leader in the field of research and development of nutriceuticals that contribute and otherwise support optimal physical performance, sometimes referred to as Sports Performance, Anti-Aging and Immune Response. 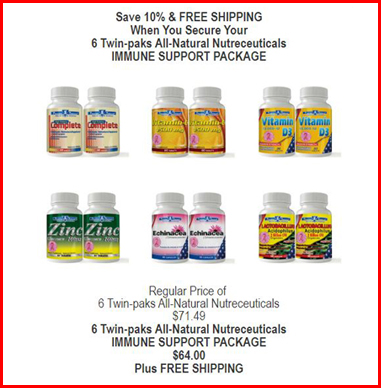 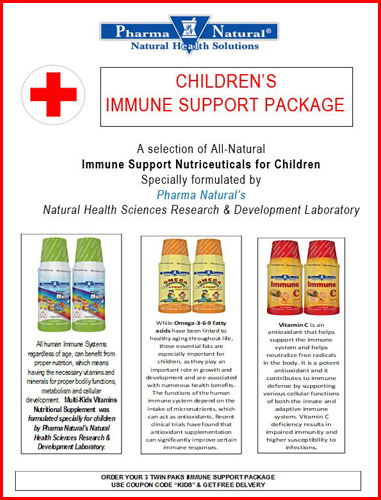 Pharma Natural’s Natural Health Sciences Laboratory has formulated 9 All-Natural Special Products for this time when the human immune system is under attack.

Published Research and Articles on Vitamin C as a Consideration for
Pneumonia, Lung Infections,
and the Novel Coronavirus (SARS-CoV-2/COVID-19)

Transparency is defined as “the quality of being done in an open way without secrets”. In the dietary supplement industry, transparency refers to increasing awareness of issues relating to supplement quality and business operations